Prior to the execution of this shoot, we had been contacted severally by Casers Group, to get our vendors forms finalized as we might be handling a few shoots due to the urgency and the excess load of work on the agency’s desk.

So we got the forms, submitted and we were called to handle the shoots for agency on behalf of Nigeria Telecommunications giant- MTN.

So on this very day, we got all batteries charged, the night before, light stands, C- Stands, Cameras, Gels, Reflectors, were arranged neatly in the car, while we waited for 3 out of four assistants that would be going with us for the task ahead. The fourth person who was to join us was coming from Lekki axis.

So when we were complete, we got into the car and zoomed off, blazing past 3rd Mainland Bridge to Casers headquarters in Victoria Island, Lagos.

We waited for a while, but while waiting, we decided to do a little brainstorming of what the students had learnt in class the previous day at an opposite building structure to Casers.

At about 2pm or thereabouts, the Casers team passed a notification that they were ready and we were to head out to MTN Headquarters at Victoria Island, Lagos. I remembered I had been in that same location about three weeks earlier to Photograph a Pre Wedding for a very beautiful couple.

So upon getting to the venue of the assigned shoot, we met with two other guys and 4 ladies from MTN office, who were introduced to us, and we got talking sharing thoughts and rubbing minds about the right angles, setups, props and models to select from for the shoot.

Then we got shooting barely an hour later. These images below are the BTS (begins-the-scenes) of the shoot while they final edited image by the Advertising Agency is also included in this post.

We were so excited, and as soon as the artwork was posted on MTN Instagram page, we took a screenshot. See the screenshot below.

BEHIND THE SCENES — BTS

The team behind the Magic

You might be thinking how much were we paid, but you really know we can’t be here discussing all that. One thing we really want you to know is the fact that we deliver and we are very affordable.

Shoot us a mail, or send us a message via hello@tonydoovisuals.com 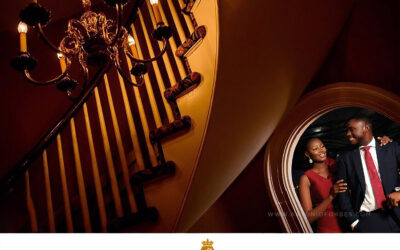 The Only One Branding & Photography Workshop Your Business Needs In 2021